Breast reconstruction is surgery to rebuild a breast that was removed to treat or prevent cancer. Reconstruction can be done using implants, or using tissue taken from other parts of your body, called “flaps”.

If you are planning to have surgery to remove a breast, called a mastectomy, talk to your surgeon about reconstruction before you have the mastectomy. Your mastectomy might need to be done in a certain way for you to be able to have the type of reconstruction you want.

Do I need breast reconstruction after mastectomy?

No, you do not need it. The decision to have reconstruction is totally up to you. Some women do not mind having only 1 breast. Other women feel better about themselves or feel like they look more normal if they have reconstruction after mastectomy. Having reconstruction also helps with posture and the way clothes fit. The important thing is that you have a choice about what to do.

What if I decide not to have reconstruction?

If you decide not to have reconstruction, the side of your chest that had surgery will be flat and have a scar on it. If you want, you can wear a special bra with a pocket for a soft plastic breast. That way you’ll look more even, and your clothes will probably fit better.

When can I have my breast reconstructed?

Breast reconstruction can be done at the time of mastectomy or later. The timing for you will depend on the stage of your cancer and what other treatments you need. Also, if you want to delay reconstruction for personal reasons, you can ask your doctor about doing that.

Women with early-stage cancer or who are having mastectomies to prevent cancer can have the reconstruction at the same time as their mastectomy. This is called “immediate reconstruction.” The skin that is left after a mastectomy can be used like a pocket to hold the tissue that will make up the new breast.

What are the different ways that surgeons can reconstruct a breast?

The two main ways are with implants or with flaps. Plus, there are several kinds of flaps, each named for the muscles they are made of. The best reconstruction approach for you will depend on:

How does reconstruction with an implant work?

A breast implant is basically a breast-shaped container that is filled with salt-water (called “saline”) or something that feels like Jell-O (called “silicone”). The implant is inserted under a layer of muscle in the chest.

Getting an implant can be either one or two steps, depending on the skin flap at the time of mastectomy. In the two stage procedure, the surgeon inserts a device called an “expander.” This device stretches the skin and muscle in the chest, so that they can hold the implant later. Doctors gradually add more and more fluid to the expander until the skin and muscle are stretched enough for the implant. Then, the surgeon does another surgery to insert the implant. Implants are best for women with smaller breasts that don’t droop.

How does reconstruction with a flap work?

That depends on which type of flap is used. The most commonly used flaps are:

Will my nipple be reconstructed?

If you want it to be, yes. Nipple reconstruction is usually done a few months after the breast construction is done. To make a new nipple, the surgeon can rearrange the tissue that is already there or use tissue from another part of the body. Surgeons also sometimes tattoo the nipple and the area around the nipple to make it the right colour.

Will my new breast match my other breast?

As much as possible, yes. But the new breast will never be like the 1 you had before or like the other breast. Plus, you won’t have normal feeling (sensation) in the new breast. Your surgeon might need to operate on your healthy breast to make the 2 breasts look as similar as possible.

Can I choose which kind of reconstruction to have?

Yes and no. Only some of the reconstruction types will be appropriate for you. But if you think you would rather have one type of reconstruction over another, ask your surgeon if that approach would work for you. He or she can tell you if your choice makes sense, and if not, why not? 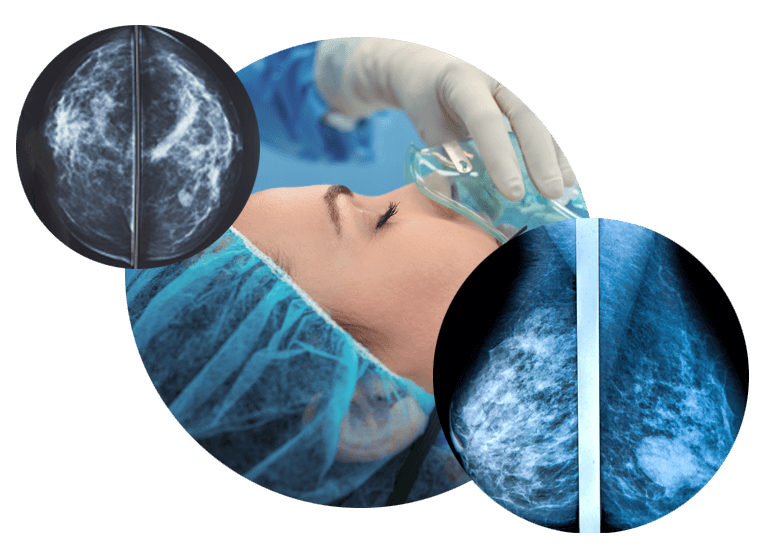